You may have noticed that there are a lot of superhero movies coming out this year. This might seem a bit overwhelming but DON'T WORRY. As a comic book fan, I am very used to the feeling of being overwhelmed by too many superheroes. I can help guide you through decades of complicated and interconnected storylines with a curated list so you can read more about the characters and teams the movies have made you love so much. If just three hours of movie isn't enough for you, here's where you can get started reading more.

We're up to Avengers: Endgame, and this was a more difficult movie to curate comics for. In the first Avengers movie, the team may have been just Captain America, Iron Man, Thor, Hulk, Hawkeye, and Black Widow, but since then the team has grown. Considerably. Sure, half of them are dead (along with half of the rest of the universe) following Avengers: Infinity War, but they're still Avengers! Spider-Man, Scarlet Witch, Doctor Strange, Ant Man… there are a lot of characters to choose from, and considering an Avengers team has existed in the comics since 1963, there are also a whole lot of Avengers stories to choose from. Really, I could take just about any Marvel comic and justify it as related to the movies if I so chose.

So do I go for specific characters? Do I go for Avengers stories? There's the comic Infinity War and Endgame are based on and the more recent semi-related Infinity Wars comic event, but those are a little obvious. So many options. I decided to go for a good mix of comics that relate in some way or another to characters and themes presented in the Avengers movie. Most importantly? They're all books I've read and can personally recommend. No matter what part of the movie you're most excited about, there's something here for you. (Unless you’re me and mostly just excited about more Carol Danvers. In that case, I refer you back to my previous cheatsheet.) 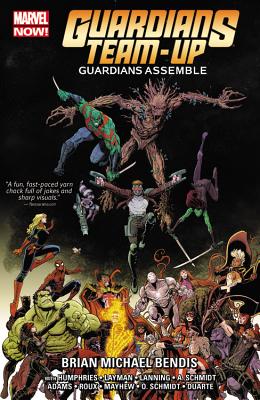 If you’re here because it’s fun seeing superheroes that wouldn’t otherwise interact teaming up, this is the book for you. The Guardians of the Galaxy spend a lot of time in space, but they show up on Earth to make trouble every now and again. This features team-ups from across the galaxy. See Rocket grumpily team up with a bunch of other superpowered animals. See space mercenaries and New York gangsters alike confused when not one but TWO green women, Gamora and She-Hulk, are on Earth making trouble. While you won't find one long-form story here, you will find a good assortment of the weird goofiness comics are capable of, and the magic a shared universe with decades of history can bring. 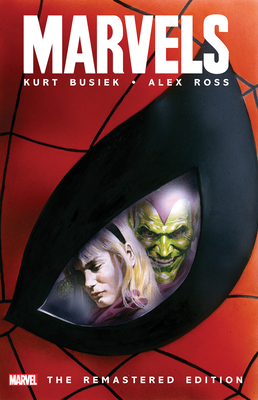 If you’re here because you like the shared comic book universe concept but can't handle reading thousands of comics to get the feel for it, you'll enjoy Marvels. If you watch these movies and wince at all the collateral damage, you'll enjoy Marvels. Honestly, you’ll probably enjoy Marvels no matter who you are. It’s a really good comic. It follows Phil Sheldon, a normal, non-superpowered photojournalist, as he reports on the madness of the Marvel universe and the superheroes who fly the skies. This comic isn't much like Endgame, and it won't really prepare you for diving into modern Avengers. It takes place too far in the past for that. But it's an interesting, unique story and absolutely worth reading. 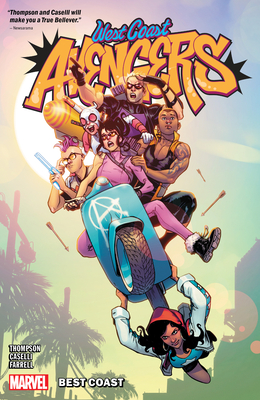 Clint Barton, the superhero Hawkeye, has been fairly absent from the movies for a while, but in this comic, he gets a chance to shine as a superhero, family man, and general disaster. In West Coast Avengers, he joins his protege Kate Bishop, also the superhero Hawkeye (yes, it's confusing), in creating a team of Avengers stationed on the West Coast. It's a team of second stringers and offbeat outcasts getting into situations that may be less world threatening than Thanos, but they're ridiculously fun. If the concept of "land sharks" intrigues you, check out this comic. 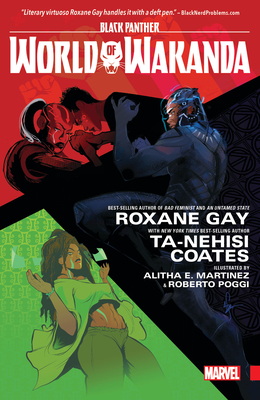 We don't get as much Wakanda in this movie as we did in Infinity War, but as always, it's a part of the MCU that's fascinating and can use more exploring. This book features Ayo and Aneka, two of the elite all-women force that protects the King and royal family, the Dora Milaje. They are in love, but will their love keep them from doing their jobs? It's a deeper look into characters that are extras or less in the movies, but have entire lives in the comics, and shows a side of Wakanda we never get to see when just following the royal family.