The newest DC movie, Birds of Prey (And the Fantabulous Emancipation of One Harley Quinn), is kind of a spinoff of the earlier DC movie Suicide Squad, but it looks like it's going to be mostly disconnected from that movie besides the character Harley Quinn. It also looks like Birds of Prey is going to be a hell of a lot more fun. From what we know going in, it's based on a conglomerate of different DC Comics teams and characters, mostly based out of Gotham. The cast is diverse, quirky, and, as has been traditional since the start of the original Birds of Prey comic, entirely female.

These comics will give you a taste of the characters and the reasons they are so well loved.

Birds of Prey: Murder and Mystery 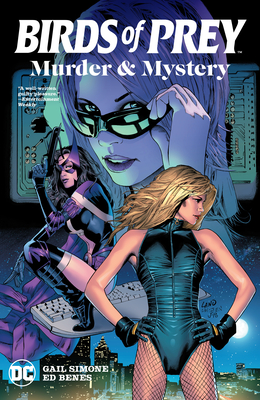 Author Gail Simone didn't create the Birds of Prey, but she's the one who turned it from a bit title few people read into a comic popular enough to have a movie based off it. Harley Quinn was not originally a member of the Birds of Prey and she doesn't appear in this book, but Black Canary and Huntress do. So does Barbara Gordon AKA Oracle, the genius hacker who used to be Batgirl. Her run on Birds of Prey was revolutionary when it debuted because of how it displayed female friendships in the context of a superhero team, something that often gets overlooked in the extremely male superhero comic industry. The movie Birds of Prey, which has a very heavily female creative team working on it, looks like it might be just as revolutionary for the extremely male superhero movie industry.

Batman: Mad Love and Other Stories 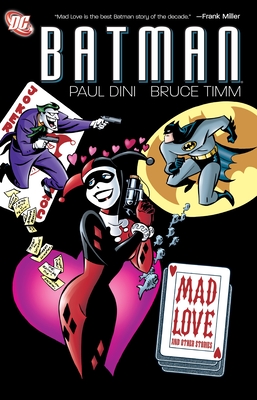 Harley Quinn started as a character in Batman: the Animated Series before she was imported to the comics. Like most comic characters, her origin has been rewritten so often I couldn't actually tell you what the most recent iteration is, but Mad Love is the original origin from her animated appearance, and it remains fascinating and tragic to this day. Harleen Quinzel's fall from brilliant psychiatry student to henchwoman and on-and-off girlfriend to the Joker, a man capable only of hurting her, has haunted readers and viewers. Harley has always been smarter and more capable than the Joker. But she's also obsessively in love with him, and trying to please him proves her undoing even after getting closer to killing Batman than the Joker ever has.

The story of Joker and Harley is not a romance, it's a horror story. I'm very happy the current Harley Quinn story trend has tended more towards Fantabulous Emancipation.

Gotham Central: In the Line of Duty 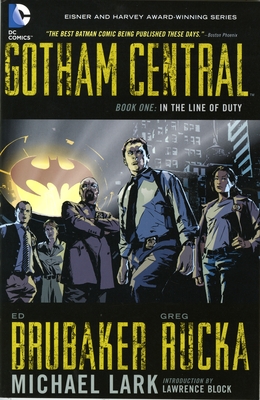 Like Harley Quinn, Renee Montoya also started in Batman: the Animated Series before becoming a comics mainstay. She's been a cop and a superhero, and she's one of DC's first gay characters. Gotham Central is a comic about the street level cops of Gotham City, the ones who deal with the crime Batman doesn't clean up— or sometimes, who clean up the messes he leaves behind. It's a fascinating comic, very different from most superhero fare, and Renee in particular is a great character. This comic, originally published in the early 2000s, is dark and serious, and Renee's story of coming out of the closet is rife with homophobia from both her family and her coworkers. It's a beautifully written and drawn story, and also a great reminder of how far we've come in a relatively short amount of time. So many comics coming out now feature queer characters with a variety of stories and experiences, and it was characters like Renee that paved the way.

Shadow of the Batgirl 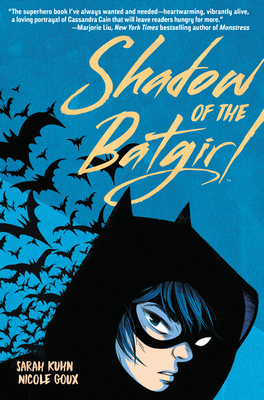 Cassandra Cain has always been a fascinating and tragic character. Shadow of the Batgirl  isn't her original origin, but it's a great standalone graphic novel about how an assassin's daughter trained to fight rather than talk can go from fugitive to superhero. And how adorable she can be while doing it! She will defend the library where she lives and keep the books safe from late fee dodging villains! As a bonus, it's one of February's staff picks so it's currently 20% off.