Do you want to read about journalists boldly fighting corruption and lies in a dystopian nightmare? Cool, we have plenty of newspapers for you!

But okay, maybe you want a little escapism to go with our horrifying reality. Good news: there are journalists in fantasy and science fiction too! Meet some of my favorite fictional journalists. 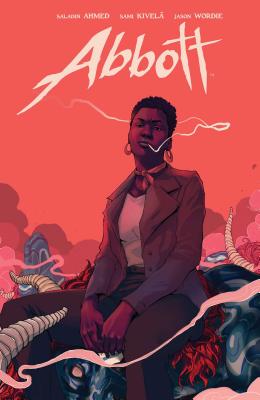 Elena Abbott is a reporter in 70s Detroit that isn't afraid to tackle the stories no one else will touch. Specifically, stories about police brutality and the young black men being murdered that no one else will investigate. Considering she's a black woman in an industry even more dominated by white men than it is today, that takes chutzpah. Then horrifying shadow monsters that may have a link to her dead husband show up and everything gets even more complicated. The story's amazing, but it's brought to another level by Kivella's stunning art. I highly recommend.

This is one of my all-time favorite books. Zombies? Not generally my thing. Political thrillers? Also not generally my thing. Political thriller in a world that happens to have zombies in it? Now we're talking. Georgia and Shaun Mason are bloggers post-zombie apocalypse following a presidential election. Zombies are a common nuisance, but politicians? Way more scary.

Bonus quote from this book, published in 2010: "They didn't give me a name. They just said they could make sure things went the way they needed to go. The way they had to go for this country to be great again." So alarmingly prescient.

The printing press is a new and fascinating invention in Discworld, and William De Worde, through a combination of luck, determination, smarts, and people being really intimidated by what a man with a pen might do when he writes down their words, is the founder of the world's first newspaper. De Worde has to figure out exactly what he's doing with the Ankh-Morpork Times and navigate questions like what is the difference between "facts" and "truth", and what people want to read vs what needs to be reported. Clever and hilarious, like all of Pratchett's books, and standalone enough that a reader new to Pratchett can pick it up without difficulty.

Another alarmingly prescient quote, this time from 2000: "It's political, sir. Apparently he wants a return to the values and traditions that made the city great, sir." 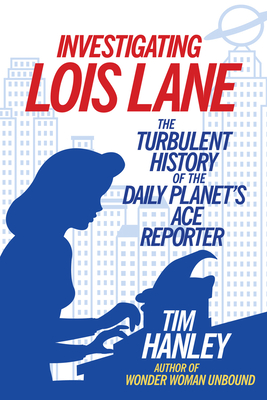 And I can't possibly leave out the one and only Lois Lane and her one true love, journalism. (I guess that Clark Kent guy is okay too.) Investigating Lois Lane is a nonfiction look at the history of this amazing character and her extremely varied portrayals throughout comics since her debut in Action Comics #1. What's especially fascinating to me is how many traits that were initially added in as flaws (ambitious, curious, headstrong, brave) turned into some of her greatest virtues once she started being taken seriously as a character. For instance, her courage and devotion to chasing stories initially came about because Superman needed a reason to save her, but later became reasons she's such a great reporter.

If you want actual stories about Lois Lane, check out Lois Lane: Fallout by Gwenda Bond or the new comic by Greg Rucka and Mike Perkins that's too new to actually have a collection out yet. Keep an eye on my staff picks, though, cause I'm already sure it's going to be up there once it's available.

‹ Queer Werewolves up Staff-Wide Favorites ›
Scroll to the top