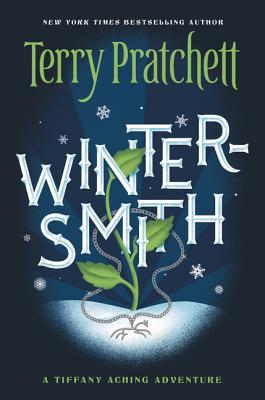 This is book number 3 in the Tiffany Aching series.

By beloved and bestselling Terry Pratchett, this is the third in a series of Discworld novels starring the young witch Tiffany Aching.

When the Spirit of Winter takes a fancy to Tiffany Aching, he wants her to stay in his gleaming, frozen world. Forever. It will take all the young witch's skill and cunning, as well as help from the legendary Granny Weatherwax and the irrepressible Wee Free Men, to survive until Spring.

Because if Tiffany doesn't make it to Spring, Spring won't come for anyone.

“Yet another rollicking, clever, and quite charming adventure...exuberant storytelling.” — Booklist (starred review)