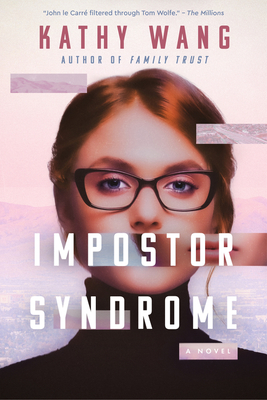 Killing Eve meets Silicon Valley in this high stakes novel. Julia Lerner has made it: a female COO in one of the biggest tech companies. Holding onto the job is hard: rampant sexism, personal grudges...and keeping her Russian handler happy. When Alice Lu stumbles upon Julia's espionage, both women's lives are at stake. A smart satire and high-stakes thriller; be prepared to read through the night.

A sharp and prescient novel about women in the workplace, the power of Big Tech, and the looming threat of foreign espionage from Kathy Wang, “a skilled satirist of the northern California dream” (Harper’s Bazaar)

In 2006 Julia Lerner is living in Moscow, a recent university graduate in computer science, when she’s recruited by Russia’s largest intelligence agency. By 2018 she’s in Silicon Valley as COO of Tangerine, one of America’s most famous technology companies. In between her executive management (make offers to promising startups, crush them and copy their features if they refuse); self promotion (check out her latest op-ed in the WSJ, on Work/Life Balance 2.0); and work in gender equality (transfer the most annoying females from her team), she funnels intelligence back to the motherland. But now Russia's asking for more, and Julia’s getting nervous.

Alice Lu is a first generation Chinese American whose parents are delighted she’s working at Tangerine (such a successful company!). Too bad she’s slogging away in the lower echelons, recently dumped, and now sharing her expensive two-bedroom apartment with her cousin Cheri, a perennial “founder’s girlfriend”. One afternoon, while performing a server check, Alice discovers some unusual activity, and now she’s burdened with two powerful but distressing suspicions: Tangerine’s privacy settings aren’t as rigorous as the company claims they are, and the person abusing this loophole might be Julia Lerner herself.

The closer Alice gets to Julia, the more Julia questions her own loyalties. Russia may have placed her in the Valley, but she's the one who built her career; isn’t she entitled to protect the lifestyle she’s earned? Part page-turning cat-and-mouse chase, part sharp and hilarious satire, Impostor Syndrome is a shrewdly-observed examination of women in tech, Silicon Valley hubris, and the rarely fulfilled but ever-attractive promise of the American Dream.

Kathy Wang grew up in Northern California and holds degrees from UC Berkeley and Harvard Business School. She lives in the Bay Area with her husband and two children.

"A skilled satirist of the Northern California dream." — Harper's Bazaar

"Satisfying...Wang sets the story in the overheated Silicon Valley and sharpens her teeth on its self-mythologizing and excesses." — San Francisco Chronicle

“A propulsive spy thriller and a sharp take on the illusion of the American Dream.” — People

“Excellent … Wang deftly explores some of the broader cultural issues she broached in Family Trust as well — how women and BIPOC are treated in corporate America, and who has access to the American dream.” — Buzzfeed

"Electrifying. ... You’ll be glued to the pages the entire time." — The Skimm

"The Silicon Valley spy novel we’ve all been waiting for, with a side order of biting satire and furious feminism." — CrimeReads

"Both an enticing thriller about two women playing a high-powered game of cat-and-mouse and a searing satire about the world of big tech companies." — Popsugar

"Impostor Syndrome is a trenchant critique of our dependence on social media - and a great page-turner." — Tahmima Anam, author of The Startup Wife

"A wickedly convincing deep-dive into the dark underbelly of Silicon Valley." — Ruth Ware