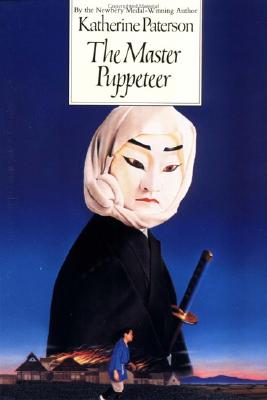 Who is the man called Sabura, the mysterious bandit who robs the rich and helps the poor? And what is his connection with Yosida, the harsh and ill- tempered master of feudal Japan's most famous puppet theater? Young Jiro, an apprentice to Yosida, is determined to find out, even at risk to his own life.

Meamwhile, Jiro devotes himself to learning puppetry. Kinshi, the puppet master's son, tutors him. When his sheltered life at the theater is shattered by mobs of hungry, rioting peasants, Jiro becomes aware of responsibilities greater that his craft. As he schemes to help his friend Kinshi and to find his own parent, Jiro stumbles onto a dangerous and powerful secret....

Katherine Paterson is one of the world’s most celebrated and beloved authors. Among her many awards are two Newberys and two National Book Awards, and she was recently named a "Living Legend” by the Library of Congress. She has been published in more than 22 languages in a variety of formats, from picture books to historical novels.