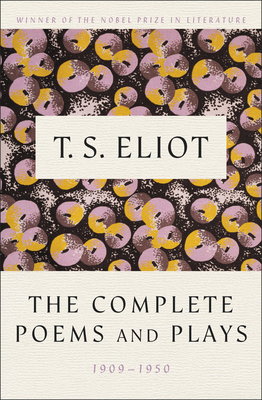 By T. S. Eliot
$36.00
It's Complicated--Contact Us for More Information

April is the cruelest month... Except for being National Poetry month! So escape "this twittering world" and curl up with some Eliot.

This omnibus collection includes all of the author’s early poetry as well as the Four Quartets, Old Possum’s Book of Practical Cats, and the plays Murder in the Cathedral, The Family Reunion, and The Cocktail Party.