The Roots of Hinduism: The Early Aryans and the Indus Civilization (Paperback) 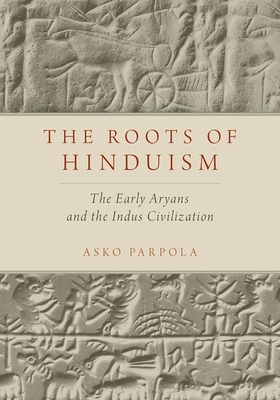 Hinduism has two major roots. The more familiar is the religion brought to South Asia in the second millennium BCE by speakers of Aryan or Indo-Iranian languages, a branch of the Indo-European language family. Another, more enigmatic, root is the Indus civilization of the third millennium BCE, which left behind exquisitely carved seals and thousands of short inscriptions in a long-forgotten pictographic script. Discovered in the valley of the Indus River in the early 1920s, the Indus civilization had a population estimated at one million people, in more than 1000 settlements, several of which were cities of some 50,000 inhabitants. With an area of nearly a million square kilometers, the Indus civilization was more extensive than the contemporaneous urban cultures of Mesopotamia and Egypt. Yet, after almost a century of excavation and research the Indus civilization remains little understood. How might we decipher the Indus inscriptions? What language did the Indus people speak?
What deities did they worship? Asko Parpola has spent fifty years researching the roots of Hinduism to answer these fundamental questions, which have been debated with increasing animosity since the rise of Hindu nationalist politics in the 1980s. In this pioneering book, he traces the archaeological route of the Indo-Iranian languages from the Aryan homeland north of the Black Sea to Central, West, and South Asia. His new ideas on the formation of the Vedic literature and rites and the great Hindu epics hinge on the profound impact that the invention of the horse-drawn chariot had on Indo-Aryan religion. Parpola's comprehensive assessment of the Indus language and religion is based on all available textual, linguistic and archaeological evidence, including West Asian sources and the Indus script. The results affirm cultural and religious continuity to the present day and, among many other things, shed new light on the prehistory of the key Hindu goddess Durga and her Tantric cult.

Asko Parpola is Professor Emeritus of Indology and South Asian Studies at the University of Helsinki.