From Hagiographies to Biographies: Raamaanuja in Tradition and History (Hardcover) 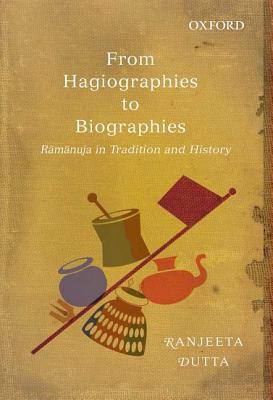 Ramanuja, a well known religious figure of the medieval bhakti tradition, is remembered as a philosopher, social reformer and the most important acarya of the Srivaisnava community of South India. This book analyses the delineation of Ramanuja in the Srivaisnava hagiographies between twelfth and fourteenth centuries. These early hagiographical illustrations composed within the context of evolving community identity registered a process of canonization and constructed specific historical memories that were disseminated to the subsequent generations and were further encrusted upon with fresh narratives. The modern biographies crucial for popularizing Ramanuja outside the Srivaisnava community ignored the variations of the hagiographical delineations and presented a seamless account of Ramanuja's life, often overlooking the fact that the image of an individual is usually a result of accretions of motifs in history. Emphasizing the dialogic interaction between the hagiographies and biographies, this study argues that the hagiographies and biographies cannot always be understood within the binaries of the sacred and the secular. Based upon a range of historical sources comprising the hagiographies, praise-poems (stotras) dedicated to Ramanuja, inscriptions and modern works, this study will also analyse various moments of interactions in history when the structuring of the notion of a remembered past and the historical memories through which the past would become a received tradition was being attempted at.