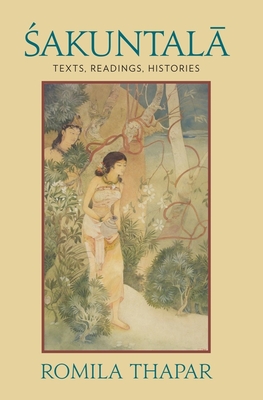 By Romila Thapar
Not Available

The figure of Sakuntala appears in many forms throughout South Asian literature, most famously in the Mahabharata and in Kalidisa's fourth-century Sanskrit play, Sakuntala and the Ring of Recollection. In these two texts, Sakuntala undergoes a critical transformation, relinquishing her assertiveness and autonomy to become the quintessentially submissive woman, revealing much about the performance of Hindu femininity that would come to dominate South Asian culture. Through a careful analysis of sections from Sakuntala and their various iterations in different contexts, Romila Thapar explores the interactions between literature and history, culture and gender, that frame the development of this canonical figure, as well as a distinct conception of female identity.

Romila Thapar specializes in early Indian history and is professor emerita in history at Jawaharlal Nehru University, New Delhi. In 1983 she was elected general president of the Indian History Congress and in 1999 a corresponding fellow of the British Academy. Her best known works are Ashoka and the Decline of the Mauryas, From Language to State, Interpreting Early India, and Time as a Metaphor of History: Early India.