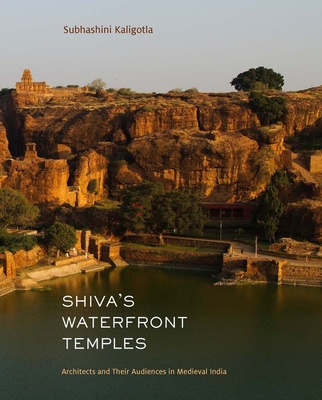 By Subhashini Kaligotla
Not Available

This handsomely illustrated volume explores the medieval Deccani temple complexes at the UNESCO World Heritage Site of Pattadakal, with careful attention to their makers.

The vibrant red sandstone temples of India’s Deccan Plateau, such as the Pattadakal temple cluster, have attracted visitors since the eighth century or earlier. A UNESCO World Heritage Site and the coronation place of the Chalukya dynasty, Pattadakal and its neighboring sites are of major historical importance. In Shiva’s Waterfront Temples, Subhashini Kaligotla situates these buildings in the cosmopolitan milieu of Deccan India and considers how their makers and awestruck visitors would have seen them in their day. Kaligotla reconstructs how architects and builders approached the sites, including their use of ornamentation, responsiveness to courtly values such as pleasure and play, and ingenious juxtaposition of the first millennium’s Nagara and Dravida aesthetics, a blend largely unique to Deccan plateau architecture. With over 130 color illustrations, this original book elucidates the Deccan’s special place in the lexicon of medieval South Asian architecture.

Subhashini Kaligotla is assistant professor of Indian and South Asian art and architecture at Yale University.