Indian Perspectives on Consciousness, Language and Self: The School of Recognition on Linguistics and Philosophy of Mind (Routledge Hindu Studies) (Hardcover) 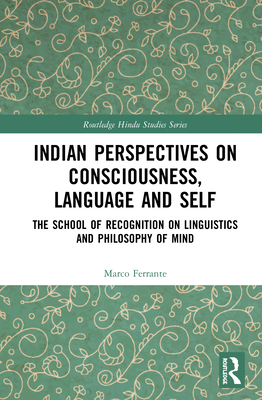 By Marco Ferrante
Not Available

This book examines the theory of consciousness developed by the school of Recognition, an Indian philosophical tradition that thrived around the tenth c. CE in Kashmir, and argues that consciousness has a linguistic nature. It situates the doctrines of the tradition within the broader Indian philosophical context and establishes connections with the contemporary analytic debate.

The book focuses on Utpaladeva and Abhinavagupta (tenth c. CE), two Hindu intellectuals belonging to the school of Recognition, Pratyabhĳ ā in Sanskrit. It argues that these authors promoted ideas that bear a strong resemblance with contemporary 'higher-order theories' of consciousness. In addition, the book explores the relationship between the thinkers of the school of Recognition and the thought of the grammarian/philosopher Bhartṛhari (fifth c. CE). The book bridges a gap that still exists between scholars engaged with Western traditions and Sanskrit specialists focused on textual materials. In doing so, the author uses concepts from contemporary philosophy of mind to illustrate the Indian arguments and an interdisciplinary approach with abundant reference to the original sources.

Marco Ferrante is a specialist in Indian philosophy, with a special focus on epistemology, philosophy of mind and philosophy of language. He was Berggruen Fellow in Comparative Philosophy at the University of Oxford, UK.