The Snow Queen: A Novel (Hardcover) 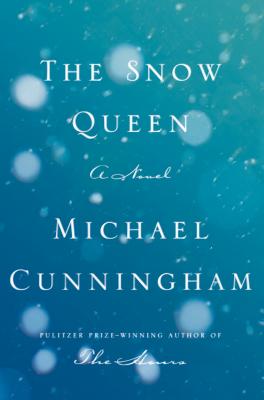 By Michael Cunningham
Not Available
Out of Print

Michael Cunningham's luminous novel begins with a vision. It's November 2004. Barrett Meeks, having lost love yet again, is walking through Central Park when he is inspired to look up at the sky; there he sees a pale, translucent light that seems to regard him in a distinctly godlike way. Barrett doesn't believe in visions—or in God—but he can't deny what he's seen.
At the same time, in the not-quite-gentrified Bushwick neighborhood of Brooklyn, Tyler, Barrett's older brother, a struggling musician, is trying—and failing—to write a wedding song for Beth, his wife-to-be, who is seriously ill. Tyler is determined to write a song that will be not merely a sentimental ballad but an enduring expression of love.
Barrett, haunted by the light, turns unexpectedly to religion. Tyler grows increasingly convinced that only drugs can release his creative powers. Beth tries to face mortality with as much courage as she can summon.
Cunningham follows the Meeks brothers as each travels down a different path in his search for transcendence. In subtle, lucid prose, he demonstrates a profound empathy for his conflicted characters and a singular understanding of what lies at the core of the human soul.
The Snow Queen, beautiful and heartbreaking, comic and tragic, proves again that Cunningham is one of the great novelists of his generation.

MICHAEL CUNNINGHAM is the author of the novels A Home at the End of the World, Flesh and Blood, Specimen Days, By Nightfall, and The Snow Queen, as well as the collection A Wild Swan and Other Tales, and the nonfiction book Land’s End: A Walk in Provincetown. He is the recipient of a Whiting Award and a Guggenheim Fellowship, and his work has appeared in The New Yorkerand The Best American Short Stories. The Hours was a New York Times bestseller, and the winner of both the PEN/Faulkner Award and the Pulitzer Prize. Raised in Los Angeles, Michael Cunningham lives in New York City, and is a senior lecturer at Yale University.

“Regardless of your theological position on signs and wonders, that voice, Cunningham's inimitable style, is the real miracle of The Snow Queen. Sentence by sentence . . . he moves across the surface of these pages like some suave, literary god. Behold how he swoops in and out of Tyler's point of view, breaks the fourth wall, drops ironical quips, mocks and comforts in the same phrase . . . He writes so wisely about the cruel taunting of remission and the way illness both deepens and frays romantic relationships, endowing the dying with a kind of security and purpose that healthy people crave. His portrayal of the once-blessed Meeks brothers, raised in expectation of fame and riches they'll never attain--not even close--is full of affecting pathos.” —Ron Charles, The Washington Post

“Michael Cunningham's resonant new novel . . . is arguably [his] most original and emotionally piercing book to date. It's a novel that does not rely heavily on literary allusions and echoes for its power--a story that showcases the author's strengths as a writer . . . while creating a potent portrait of two brothers and their urgent midlife yearning to find some sense of purpose and belonging . . . He artfully allows the reader direct access to [his characters'] hearts and minds by using his gift for empathy and his own brand of stream of consciousness . . . A the same time, Mr. Cunningham provides an impressionistic portrait of Brooklyn, circa 2004, and of the East Village, some four years later . . . These snapshots attest to his ability to give us an intimate sense of his characters' daily lives, while situating their hopes and dreams within the context of two moments in history already slipping by.” —Michiko Kakutani, The New York Times

“[T]he pursuit of transcendence in all kinds of forms--music, drugs, a McQueen minidress, and those things less tangible but no less powerfully felt--drives Michael Cunningham's best novel in more than a decade, The Snow Queen.” —Megan O'Grady, Vogue

“Michael Cunningham writes some of the most beautiful prose in contemporary American fiction, and his gorgeous way with words is on full display in his new novel, The Snow Queen . . . The author is tender with his characters even when they're obnoxious or dumb. And he's particularly tender with Tyler, a self-deluding drug addict who is also that quintessential Cunningham protagonist, the artist struggling with his muse. As in his Pulitzer prize-winner, The Hours, Cunningham writes with specificity and intimate knowledge about the desire ‘to make something … marvelous, something miraculous.' Failure is not a threat inevitably overcome; it happens. The wedding song Tyler composes for Beth is, he knows, ‘more sentimental than searing.' His wincing analysis of the song's weaknesses gives a much truer portrait of the artistic process than the gauzy romanticism we usually get. Art is Cunningham's deepest faith, the Big Subject he approaches with a passion and conviction . . . There aren't any final answers in Cunningham's hauntingly inconclusive novel, which fittingly enough, closes with a question.” —Wendy Smith, The Daily Beast

“Cunningham weaves an ode to the immortal city of New York and its artistic souls and lost citizens. His books remind us that the mythologies we imagine about our lives stem from seemingly ordinary moments and seemingly ordinary people . . . With elegant prose that peeks into the most private thoughts of his characters, Cunningham challenges the reader to imagine a pervasive, indifferent god--if any god even exists.” —Allie Ghaman, The Washington Post

“Like By Nightfall (2010), Cunningham's elegant and haunting new novel examines the complex dynamics among a couple and a brother. In this configuration, Barrett Meeks, a poetically minded man in his late thirties who has just been dumped by his most recent boyfriend via text message, shares a Brooklyn apartment with Tyler, his older musician-bartender brother, and Beth, Tyler's great love. Beth and Barrett work in Liz's vintage shop. She's 52; her current lover, Andrew, is 28. Beth is undergoing full-throttle treatment for cancer. Tyler is struggling to write the perfect love song for their wedding, and breaking his promise not to do drugs. Barrett, long afflicted by his flitting interest in everything, remains in an altered state after seeing a strangely animated "celestial light' over dark and snowy Central Park. As his characters try to reconcile exalted dreams and crushing reality, Cunningham orchestrates intensifying inner monologues addressing such ephemeral yet essential aspects of life as shifting perspectives, tides of desire and fear, ‘rampancy' versus ‘languidness,' and revelation and receptivity. Tender, funny, and sorrowful, Cunningham's beautiful novel is as radiant and shimmering as Barrett's mysterious light in the sky, gently illuminating the gossamer web of memories, feelings, and hopes that mysteriously connect us to each other as the planet spins its way round and round the sun.” —Donna Seaman, Booklist (starred review)

“The same masterful language that earned Cunningham a Pulitzer for The Hours in 1998 elevates this story . . . to a gratifying examination of transcendence in ordinary life . . . Overall, The Snow Queen proves to be a fulfilling literary experience, especially for fans of Cunningham's previous work.” —Christina Wolfgram, Los Angeles Magazine

“The omniscience that runs throughout the novel's narration allows readers to not only glimpse, but take deep and heart-wrenching looks into the lives of these very tangible characters . . . Truths that other characters are ignorant to, moments that other characters are blind to, become welcome knowledge for readers in Cunningham's twisted and often disparaging world. Cunningham weaves whispers of spirituality, questions of mortality, themes of family and lessons on life's finer, more subtle pleasures. A work infused with passion, hatred, beauty and disgust, I found myself hard pressed to put the book down.” —Chicagoist

“Michael Cunningham is known for his lyric and evocative language, and his sixth novel, The Snow Queen, is no exception . . . An emotionally charged story, simply told, about four people who come to defy that term ‘middle age.'” —Alex Gilvarry, New Orleans Public Radio

“The attention to the quotidian creates the best parts of the book. In the quiet moments between the chaos of illness and new relationships, Cunningham gives the characters time to slow down and think.” —Lindsay VanAsdalan, The City Paper (Baltimore)

“The Snow Queen wears its contemporaneity lightly, because the novel really concerns itself with eternal themes: the quest for love, the unfairness and inevitability of death and the hope of a meaningful life . . . [A] thoughtful, intimate novel.” —Martha T. Moore, USA Today

“The Snow Queen is inspired by classic fairytales, though Cunningham's sensibilities skew in a thoroughly modern (even post-modern) direction, resulting in a very beautiful hodgepodge . . . The lush writing is gorgeous throughout . . . At a technical level The Snow Queen is extraordinary.” —Ed Power, The Irish Independent

“Some books I don't want to read on my iPad. I want to go to a bookstore, buy a hardcover and slowly savor every brand-new page, preferably in a hot bath with a serious box of chocolates at my side. One such book is The Snow Queen . . . The narrative is almost amorphous, constructed of seemingly random scenes, all of which are situations set on the brink of something -- a presidential election, New Year's Eve, any one of the characters' hopes about to be realized or shattered. And the sense they make together is one of almost understanding one's life, or just about grasping the meaning of the universe, or practically but not quite realizing why we care about our friends and lovers. Or why we don't. In the end there's no doubt a story has been told and it's one that can easily stay with its readers for the rest of their lives. But it would be a fool's errand to try to go back to connect all the dots. It's like our own lives, full of seemingly pointless moments that add up to something that matters, a vision realized, perhaps, even if we never quite get to the bottom of what it all means . . . by reading his work, he reminds us that we are not alone in our desires, despair and dreams, and in our quests to find meaning in our lives together.” —Rob Phelps, Wicked Local