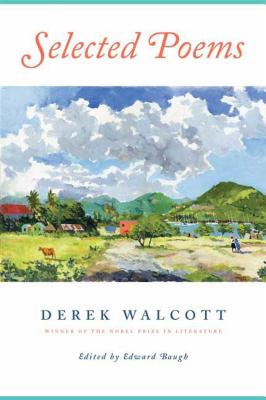 Drawing from every stage of his career, this volume collects selected poems from Nobel Prize winner Derek Walcott's lifetime of work.

Walcott's Selected Poems brings together famous pieces from his early volumes, including "A Far Cry from Africa" and "A City's Death by Fire," with passages from the celebrated Omeros and selections from his later major works, which extend his contributions to reenergizing the contemporary long poem.

Here we find all of Walcott's essential themes, from grappling with the Caribbean's colonial legacy to his conflicted love of home and of Western literary tradition; from the wisdom-making pain of time and mortality to the strange wonder of love, the natural world, and what it means to be human. We see his lifelong labor at poetic crafts, his broadening of the possibilities of rhyme and meter, stanza forms, language, and metaphor.

Edited and with an introduction by the Jamaican poet and critic Edward Baugh, this volume is a perfect representation of Walcott's breadth of work, spanning almost half a century.

“The magnitude of Walcott's achievement . . . is on lavish display in his updated Selected Poems, which spans a half-century of his protean output and highlights the formal prowess of the progressively ambitious work he's produced over the last twenty years . . . confirming the incantatory powers of an oracle the likes of which the New World hasn't seen since Prospero drowned his book.” —David Barber, The Boston Globe

“Selected Poems allows us the rare pleasure of tracing a long career, a full life . . . Timeless in [its] magic and cumulative power . . . Luminous [and] engaging.” —Richard Wakefield, The Seattle Times