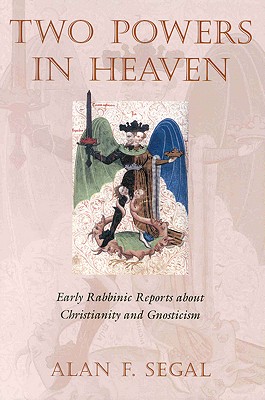 By Segal
$85.00
It's Complicated--Contact Us for More Information

In this study of the rabbinic heretics who believed in Two Powers in Heaven, Alan Segal explores some relationships between rabbinic Judaism, Merkabah mysticism, and early Christianity. Two Powers in Heaven was a very early category of heresy. It was one of the basic categories by which the rabbis perceived the new phenomenon of Christianity and one of the central issues over which Judaism and Christianity separated. Segal reconstructs the development of the heresy through prudent dating of the stages of the rabbinic traditions. The basic heresy involved interpreting scripture to say that a principal angelic or hypostatic manifestation in heaven was equivalent to God. The earliest heretics believed in two complementary powers in heaven, while later heretics believed in two opposing powers in heaven. Segal stresses the importance of perceiving the relevance of rabbinic material for solving traditional problems of New Testament and gnostic scholarship, and at the same time maintains the necessity of reading those literatures for dating rabbinic material.

Please note that Two Powers in Heaven was previously published by Brill in hardback, ISBN 90 04 05453 7 (no longer available).