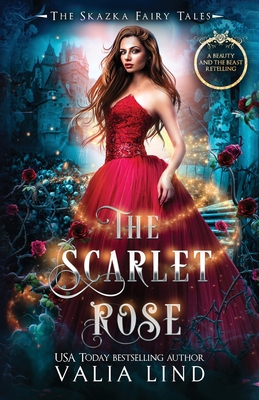 A mafia heiress. A desperate bargain. A cursed wolf prince without hope.

Nikita has one goal in life: to take her father's place in the Bratva syndicate. While her sisters want nothing more than advantageous marriages to wealthy men, Nikita wants control of her own life.

But when her father is tricked into a bargain with Gavriil, the prince of Skazka, to protect her family's legacy, Nikita has no choice but to steal the portal ring and take his place.

Within the walls of the castle, she finds a spoiled royal, hallways filled with strange statues, and a magic she didn't know existed.

Tasked with finding a way to break the curse, Nikita spends hours pouring over ancient texts, looking for answers - and a way out.

Her one reprieve is her music. After finding the hidden piano room, she takes her refuge there. Soon, so does Gavriil. Suddenly, the broody enemy is becoming a friend-or something more.

Passions ignite and Nikita must do all she can to save the prince and his people from the curse that could destroy them.

Time is running out. Each day, Gavriil turns more and more into a wolf, losing his human emotions and memories.

If Nikita can't break the curse, there will be no trace of Gavriil left, and he'll become the monster he's always feared himself to be-forfeiting his humanity, and heart, forever.

The Scarlet Rose is a retelling of the traditional Russian Beauty and the Beast fairytale. Set in the world of Skazka, this complete stand-alone novel is full of banter, heart, found family, and romance