Both Sides the Border: A Tale of Hotspur and Glendower (Paperback) 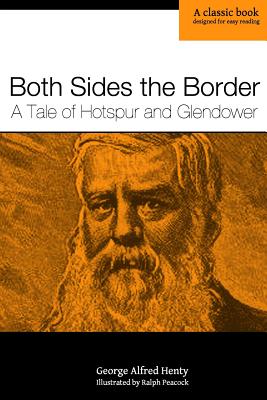 This classic book contains the original illustrations and is typeset for easy reading. Both Sides the Border is a book by the prolific British author, George Alfred (G. A.) Henty set in Medieval England. Henty's books are widely used by homeschool students to get a personal look at history. The four opening years of the fifteenth century were among the most stirring in the history of England. Owen Glendower carried fire and slaughter among the Welsh marches, captured most of the strong places held by the English, and foiled three invasions, led by the king himself. The northern borders were invaded by Douglas; who, after devastating a large portion of Northumberland, Cumberland, and Durham, was defeated and taken prisoner at the battle of Homildon, by the Earl of Northumberland, and his son Hotspur. Then followed the strange and unnatural coalition between the Percys, Douglas of Scotland, Glendower of Wales, and Sir Edmund Mortimer--a coalition that would assuredly have overthrown the king, erected the young Earl of March as a puppet monarch under the tutelage of the Percys, and secured the independence of Wales, had the royal forces arrived one day later at Shrewsbury, and so allowed the confederate armies to unite.