If You Had Stayed (Paperback) 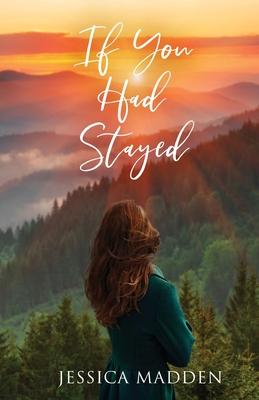 Emily has a secret. But telling her best friend Josh about how she feels about him isn't easy. The last thing she wants is to ruin their friendship. Though, ruining their friendship is the least of her concern. With Josh battling schizophrenia, she is constantly dragged into his world, helping him to deal with his hallucinations and delusions. It doesn't help when bullies make fun of him. Between his illness and bullies, Josh uses music to escape, and Emily tries to encourage him to go beyond his fears with the help of their friend Haylie.

Everything soon changes when a camping trip between the two friends goes wrong. Josh is dead and Emily's world is turned upside down. She is left to wonder what went wrong during the trip and what had made Josh jump. Was it her fault? Could she had stopped him? How can she cope with him gone? It doesn't help when the school bully Gabby constantly makes her feel bad, and there's Gabby's boyfriend who is suddenly acting all nice to her. Is he being nice or is he up to something? Emily doesn't know.

But when Emily's own mental health starts to take a turn on her, she doesn't know what to do or who to turn to. All she wants is Josh. What does it mean when she starts hallucinating him? Can she get the help she needs to cope with her best friend's death?