What Kind of Christianity: A History of Slavery and Anti-Black Racism in the Presbyterian Church (Paperback) 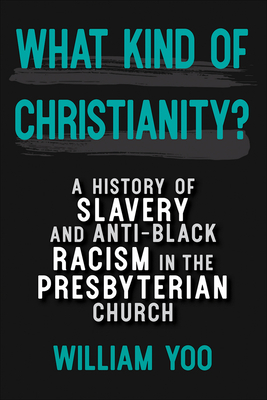 By William Yoo
Not Available
Available to Order from Supplier: Arrives at Store in a Week(ish)

Like most Americans, Presbyterians in the United States know woefully little about the history of slavery and the rise of anti-Black racism in our country. Most think of slavery as a tragedy that "just happened" without considering how it happened and who was involved. In What Kind of Christianity William Yoo paints an accurate picture of the complicity of the majority of Presbyterians in promoting, supporting, or willfully ignoring the enslavement of other human beings. Most Presbyterians knew of the widespread physical and sexual violence that enslavers visited on the enslaved, and either approved of it or did nothing to prevent it. Most Presbyterians in the nineteenth century-whether in the South or the North--held racist attitudes toward African Americans and put those attitudes into daily application. In short, during that period when the Presbyterian church was establishing itself as a central part of American life most of its members were promoting slavery and anti-Black racism. In this important book William Yoo demonstrates that to understand how Presbyterian Christians can promote racial justice today, they must first understand and acknowledge how deeply racial injustice is embedded in their history and identity as a denomination.