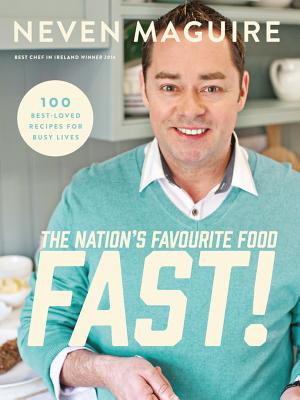 By Neven Maguire
$43.00
It's Complicated--Contact Us for More Information

From a very young age, one of Neven Maguire's favourite pastimes was to shadow his mother in the kitchen, watching her cook. He began experimenting with ingredients at home from the tender age of ten and his pastime soon became his passion. Neven went on to train in some of the highest-profile restaurants in the world, and in 2001 he took over MacNean Restaurant, turning a local establishment into a national phenomenon. His highly acclaimed MacNean Restaurant Cookbook and hugely popular The Nation's Favourite Food were both nominated for an Irish Book Award. In 2014 he won the prestigious title of Best Chef in Ireland at the Restaurant Association of Ireland Awards. Neven presents the top-rated cookery show on RTE One, Home Chef. He lives a very busy life in Blacklion, Co. Cavan, with his wife Amelda and twins Connor and Lucia.