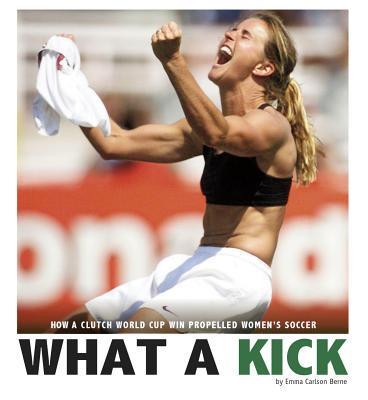 It was the biggest event in the history of women's sports. And for the Americans, it came down to five kicks. After regulation play and two overtimes in the final game of the 1999 women's World Cup soccer match, the score was 0-0. Penalty kicks would decide the world champion. The Chinese and the Americans would each pick five players. One kick per player. With the score tied 4-4, the Americans had one more chance to win it all. Brandi Chastain was up. If she made her kick, the Americans would win the World Cup. Success After her winning goal, Chastain dropped to the turf, whipped off her jersey, and screamed with joy. The photo of the triumphant female athlete would circle the globe. Twenty-seven years after Title IX, the world now knew that women's sports had arrived. The victory was more than the end of a soccer game. It was the end of a crusade to prove that women's sports should be taken as seriously as men's. What a win.