In Wolf Country: The Power and Politics of Reintroduction (Paperback) 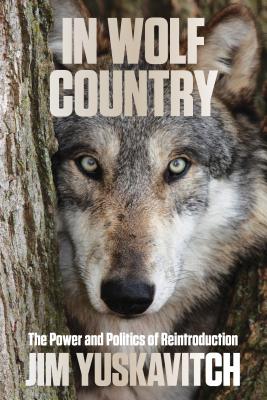 In Wolf Country tells the story of the first groups of wolves that emigrated from reintroduced areas in Idaho to re-colonize their former habitat in the Pacific Northwest, how government officials prepared for their arrival, and the battles between the people who welcome them and the people who don't, set against the backdrop of the ongoing political controversy surrounding wolf populations in the Northern Rockies. The political maneuvering and intense controversy that has defined wolves' recovery in the West makes this a compelling and timely read.

Jim Yuskavitch has worked as a freelance writer and photographer since 1993. His other books include Fishing Oregon and Mysteries and Legends of Oregon. He lives in Sisters, Oregon. He regularly blogs on wolf-reintroduction and other environmental issues.