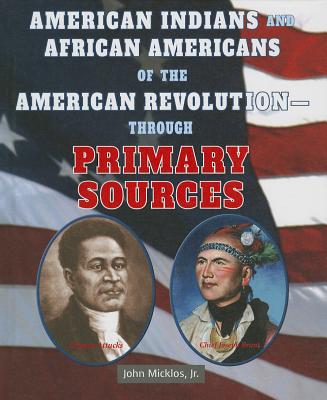 By John Micklos Jr
$27.27
It's Complicated--Contact Us for More Information

When the American Revolution began, thousands of people rushed to join the fight, on both sides. For many, choosing which side to fight for was difficult. Half a million black slaves lived in the thirteen colonies. About 200,000 American Indians lived on lands east of the Mississippi River. Both groups had much to gain, or lose, depending on which side won the war. Should they support the Americans fighting for independence, or support the British cause? This book explores through primary sources the amazing stories of African Americans and American Indians during the American Revolution.