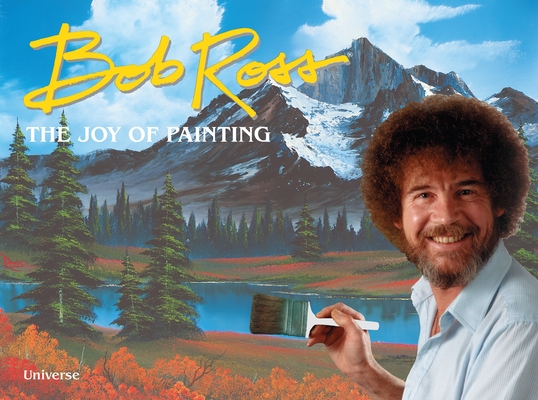 A celebration of the life and work of the pop-culture icon who gently encouraged millions to explore their creativity.
Known for incorporating “happy little” clouds, mountains, and trees in paintings he would create in just twenty-six television minutes, Bob Ross had an encouraging and soothing demeanor that made his instructional television shows the most recognized and watched in television history.
Ross created nearly 30,000 paintings in his lifetime, most using the wet-on-wet method employed by Caravaggio, Cézanne, and Monet. This fully authorized collection of more than 300 pieces of his art features his most famous quotes about painting and life, including “And success with painting leads to success with many things. It carries over into every part of your life” as well as techniques that will inspire readers to create their own art.
Originally airing in 1982 on PBS in the United States and various outlets throughout Canada, Latin America, and Europe, the more than 400 episodes of Bob Ross’s two series, The Joy of Painting and Beauty Is Everywhere are now available on YouTube and Netflix. He is a figure beloved by multiple generations and is seen as an icon rivaling, if not surpassing, any other modern-day painter in terms of the scope of his work, societal influence, and popularity.

Bob Ross (1942–1995) was an American painter, art instructor, and the creator and host of PBS’s The Joy of Painting, an instructional painting technique television series that originally ran from 1982 until 1994. Joan Kowalski is the media director of Bob Ross, Inc.

"You probably remember him from his instructional TV shows, in which he patiently, soothingly demonstrated how to paint “happy little” clouds, trees, mountains and seascapes. Bob Ross: The Joy of Painting (Rizzoli/Universe) is a calming collection of some 300 pieces of the late artist’s work, accompanied by his inspirational quotes—like 'Success with painting leads to success with many things.' "
—Parade Magazine