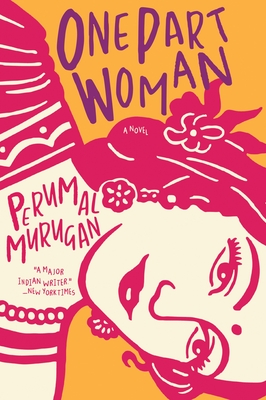 The first book published in America by a world-class writer, already profiled by the New York Times, One Part Woman is a charming and touching story of a South Indian couple who cannot conceive, and the extraordinary lengths they go to please their family and try to have a baby.

Selling over 100,000 copies in India, where it was published first in the original Tamil and then in a celebrated translation by Penguin India, Perumal Murugan's One Part Woman has become a cult phenomenon in the subcontinent, captivating Indian readers and jump-starting conversations about caste and female empowerment. Set in South India during the British colonial period but with powerful resonance to the present day, One Part Woman tells the story of a couple, Kali and Ponna, who are unable to conceive, much to the concern of their families--and the crowing amusement of Kali's male friends. Kali and Ponna try anything to have a child, including making offerings at different temples, atoning for past misdeeds of dead family members, and even circumambulating a mountain supposed to cure barren women, but all to no avail.

A more radical plan is required, and the annual chariot festival, a celebration of the god Maadhorubaagan, who is one part woman, one part man, may provide the answer. On the eighteenth night of the festival, the festivities culminate in a carnival, and on that night the rules of marriage are suspended, and consensual sex between any man and woman is permitted. The festival may be the solution to Kali and Ponna's problem, but it soon threatens to drive the couple apart as much as to bring them together.

Wryly amusing, fable-like, and deeply poignant, One Part Woman is a powerful exploration of a loving marriage strained by the expectations of others, and an attack on the rigid rules of caste and tradition that continue to constrict opportunity and happiness today.

Perumal Murugan is the star of contemporary Tamil literature. He has written ten novels and five collections each of short stories and poetry. His best-known novel One Part Woman was longlisted for the inaugural National Book Award for Translation, and it won the prestigious ILF Samanvay Bhasha Samman for writing in Indian languages and the Translation Prize from India's National Academy of Letters. Aniruddhan Vasudevan is a performer, writer and translator. He documents various public health projects and art projects, and is involved in LGBT advocacy work. He is currently a PhD student in anthropology at the University of Texas, Austin, and is working on his first novel.