The Wisdom of the Desert (Paperback) 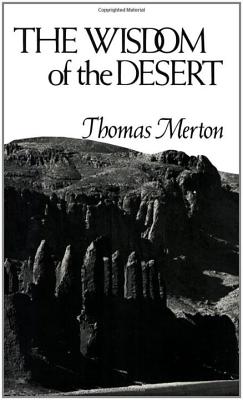 The Wisdom of the Desert was one of Thomas Merton's favorites among his own books—surely because he had hoped to spend his last years as a hermit.

The personal tones of the translations, the blend of reverence and humor so characteristic of him, show how deeply Merton identified with the legendary authors of these sayings and parables, the fourth-century Christian Fathers who sought solitude and contemplation in the deserts of the Near East.

The hermits of Screte who turned their backs on a corrupt society remarkably like our own had much in common with the Zen masters of China and Japan, and Father Merton made his selection from them with an eye to the kind of impact produced by the Zen mondo.

Thomas Merton (1915-1968) entered the Cistercian Abbey of Gethsemani in Kentucky, following his conversion to Catholicism and was ordained in 1949. During the 1960s, he was increasingly drawn into a dialogue between Eastern and Western religions and was actively engaged with domestic issues of war and racism.

In fact, Thomas Merton does not so much introduce the Fathers of the desert; he stands in their midst, one of them.
— Father Daniel Berrigan