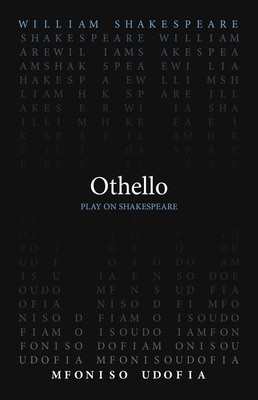 A contemporary translation that emphasizes the racial malice at the heart of Shakespeare’s play.

In her update of Shakespeare’s Othello, Mfoniso Udofia engages with the racial malice at the heart of the play. Udofia’s take on this complicated story emphasizes the rhythm and lyrical patterns of Othello’s speech. Opening up the text to modern ears, Udofia presents us with a code-switched Othello.

This translation of Othello was written as part of the Oregon Shakespeare Festival’s Play On! project, which commissioned new translations of thirty-nine Shakespeare plays. These translations present the work of “The Bard” in language accessible to modern audiences while never losing the beauty of Shakespeare’s verse. Enlisting the talents of a diverse group of contemporary playwrights, screenwriters, and dramaturges from diverse backgrounds, this project reenvisions Shakespeare for the twenty-first century. These volumes make these works available for the first time in print—a new First Folio for a new era.

Mfoniso Udofia is the award-winning writer of the plays Sojourners, runboyrun, Her Portmanteau, and In Old Age. She is a member of the New Dramatists class of 2023. She has also worked as a television writer on 13 Reasons Why, Little America, and Pachinko.