The National Interest and the Law of the Sea (Paperback) 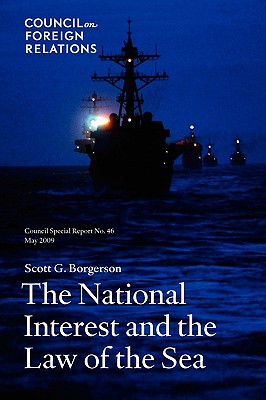 By Scott G. Borgerson
Not Available

The 1982 Convention on the Law of the Sea, the overarching governance framework for the world's oceans, has been signed and ratified by 156 countries and the European Community, but not by the United States. Washington treats most of the convention and the 1994 agreement on its implementation as customary international law, but it remains among only a handful of countries, including Libya and North Korea, that have yet to formally accede to the convention.

The balance of power is now shifting in Washington, making prospects for U.S. Senate consent to the convention in 2009 more likely than ever. Written by a leading expert on ocean governance, this report offers a fresh appraisal of the convention's merits and pitfalls in light of the current geopolitical seascape and examines whether it is in U.S. strategic interests to now officially join the convention.

Scott G. Borgerson is the visiting fellow for ocean governance at the Council on Foreign Relations and an adjunct senior research scholar at Columbia University's Center for Energy, Marine Transportation, and Public Policy.