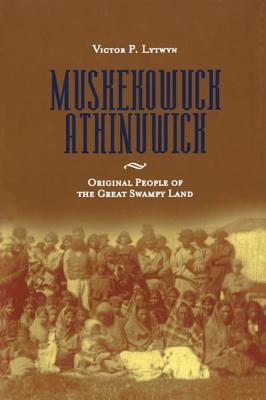 By Victor P. Lytwyn
Not Available
Available to Order from Supplier: Arrives at Store in a Week(ish)

The original people of the Hudson Bay lowlands, often known as the Lowland Cree and known to themselves as Muskekowuck Athinuwick, were among the first Aboriginal peoples in northwestern North America to come into contact with Europeans. This book challenges long-held misconceptions about the Lowland Cree, and illustrates how historians have often misunderstood the role and resourcefulness of Aboriginal peoples during the fur-trade era.     Although their own oral histories tell that the Lowland Cree have lived in the region for thousands of years, many historians have portrayed the Lowland Cree as relative newcomers who were dependent on the Hudson’s Bay Company fur-traders by the 1700s. Historical geographer Victor Lytwyn shows instead that the Lowland Cree had a well-established traditional society that, far from being dependent on Europeans, was instrumental in the survival of traders throughout the network of HBC forts during the 18th and 19th centuries.

Victor P. Lytwyn is an independent consultant in the field of Aboriginal and Treaty rights in Canada. He has been instrumental in resolving land claims and reserve boundary issues, and has appeared as an expert witness in several court cases involving hunting and fishing rights.