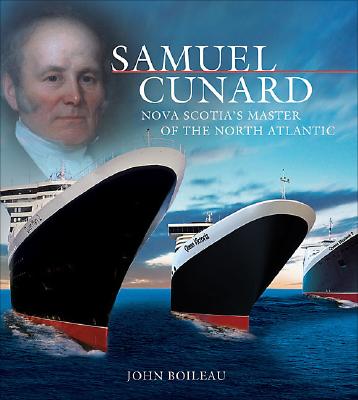 By John Boileau
$24.95
It's Complicated--Contact Us for More Information

An illustrated biography of a Canadian who sparked a world transportation revolution In North America, the name Cunard is synonymous with shipping. This book traces the entrepreneurial rise of Samuel Cunard who, for decades, ruled a shipping empire on the North Atlantic.
By the time Cunard died in 1865, he had witnessed the emergence of steamships, developed trade links with China and helped establish the Quebec and Halifax Steam Navigation Company. He was a director of the Bank of British North America and bought huge tracts of land in PEI. He won the transatlantic mail service contract between Britain and North America, and built several of the most luxurious steamships of the day. His ships helped Britain in the Crimean War and he became Sir Samuel Cunard for his support of the war effort. The Cunard line which he founded was long a major force in the development of international travel.
This book combines the Cunard story with 150+ colour and black and white visuals covering Cunard's life and the subsequent history of his company. A fascinating and readable account of the brilliance and determination of one man who played an innovative role in world transportation history.