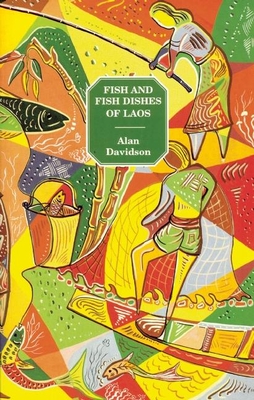 By Alan Davidson
$35.00
It's Complicated--Contact Us for More Information

This is a reprinting of Alan Davidson's study of the fish cookery of Laos. There is also much information on cooking materials and ingredients. This book has been out of print for more than two decades and its reappearance is eagerly awaited. The critical thing to remember about the fish dishes of Laos is that there is no seaside and that all the fish live in the Mekong river and its tributaries. That great stream runs from China in the north to the Falls of Khong to the south. It forms the border between Laos and Bhurma (Myanmar), and Laos and Thailand.

Alan Davidson was born in Northern Ireland in 1924. In the British Navy in the war he served in the North Atlantic as well as in the Mediterranean and Pacific. Later he travelled the world in the diplomatic service. Alan is the author of the Oxford Companion to Food, a major reference work that he took 21 years to complete and that has been an international bestseller. He has also written a number of other books including Mediterranean Seafood, Seafood of South-East Asia, Fish and Fish Dishes of Laos, On Fasting and Feasting, Seafood and Fruit.