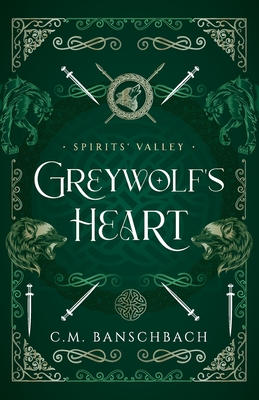 By C. M. Banschbach
Not Available
Available to Order from Supplier: Arrives at Store in a Week(ish)
Because of how it is sold to us we cannot accept a return of this title.

A man born for war. A bastard raised in contempt. Only together can they defend their tribe from slaughter.

Fierce-hearted Comran is the chief's son and the favored choice to be the next leader. Then his father chooses Comran's half-brother Etran for the role, straining the loyalties of the tribe and reinforcing the distance between the two men. When Comran is offered the role of battlewolf, he is ready to do his duty-but expects no friendship in return.

Steady Etran has long been shunned as the chief's bastard. Becoming the chief brings even more hostility, so he offers Comran the title of battlewolf to maintain tribal unity. But can he trust this reckless warrior as his general when Comran has never stood by his side?

As tensions mount within the tribe, a traitorous act leads to war. Comran and Etran must overcome their inner demons and fight for their brotherhood before the Greywolves fall to their worst enemies.