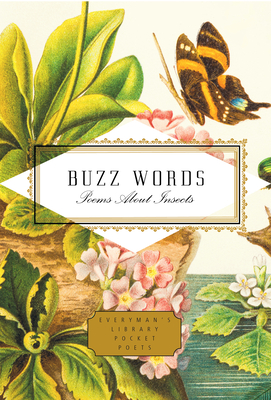 A unique anthology of poems--from around the world and through the ages--that celebrates the gloriously diverse insect world.

Given that insects vastly outnumber us, it is no surprise that many cultures have long and rich traditions of verse about our tiny fellow creatures. Tang Dynasty poets in China and the haiku masters of Japan composed thousands of works in praise of crickets, grasshoppers, cicadas, moths, and butterflies, as well as such humbler bugs as houseflies, fleas, and mosquitoes. In the West, poems about insects date back to the ancient Greeks and appear frequently in Europe from the Elizabethan period onward. The brilliant poets collected here range far and wide in time and place, including Tu Fu, John Donne, Kobayashi Issa, William Wordsworth, Victor Hugo, Ivan Turgenev, Emily Dickinson, Christina Rossetti, Robert Frost, E. E. Cummings, Elizabeth Bishop, Ted Hughes, Pablo Neruda, Mary Oliver, Xi Chuan, and Kevin Young. Bees, butterflies, and beetles, cockroaches and caterpillars, fireflies and dragonflies, ladybugs and glowworms—the miniature beings that adorn these pages are as varied as the poetic talents that celebrate them.

KIMIKO HAHN is the author of ten books of poems, including Foreign Bodies (2020). Hahn is a distinguished professor in the MFA program in Creative Writing and Literary Translation at Queens College, City University of New York. She has been awarded a Guggenheim Fellowship, the PEN/Voelcker Award for Poetry, and fellowships from the National Endowment for the Arts, and is a former president of the Poetry Society of America.