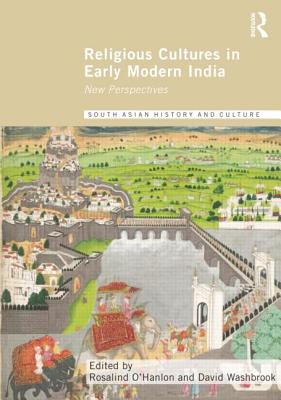 Religious authority and political power have existed in complex relationships throughout India's history. The centuries of the 'early modern' in South Asia saw particularly dynamic developments in this relationship. Regional as well as imperial states of the period expanded their religious patronage, while new sectarian centres of doctrinal and spiritual authority emerged beyond the confines of the state. Royal and merchant patronage stimulated the growth of new classes of mobile intellectuals deeply committed to the reappraisal of many aspects of religious law and doctrine. Supra-regional institutions and networks of many other kinds - sect-based religious maths, pilgrimage centres and their guardians, sants and sufi orders - flourished, offering greater mobility to wider communities of the pious. This was also a period of growing vigour in the development of vernacular religious literatures of different kinds, and often of new genres blending elements of older devotional, juridical and historical literatures. Oral and manuscript literatures too gained more rapid circulation, although the meaning and canonical status of texts frequently changed as they circulated more widely and reached larger lay audiences.

Through explorations of these developments, the essays in this collection make a distinctive contribution to a critical formative period in the making of India's modern religious cultures.

This book was published as a special issue of South Asian History and Culture.