The Faithful Spy: Dietrich Bonhoeffer and the Plot to Kill Hitler (Paperback) 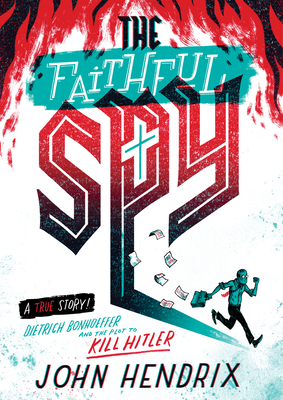 Superb, detailed telling of exactly how Hitler took over the government and the church and one faithful priest's struggle against it all.

— From The Faithful Spy

The story of German pastor and Nazi resistor Dietrich Bonhoeffer comes to life in this award-winning graphic novel from John Hendrix
A YALSA Nonfiction Excellence in Nonfiction Award Finalist​!

Adolf Hitler’s Nazi party is gaining strength and becoming more menacing every day. Dietrich Bonhoeffer, a pastor upset by the complacency of the German church toward the suffering around it, forms a breakaway church to speak out against the established political and religious authorities. When the Nazis outlaw the church, he escapes as a fugitive. Struggling to reconcile his faith and the teachings of the Bible with the Nazi Party’s evil agenda, Bonhoeffer decides that Hitler must be stopped by any means possible!

In his signature style of interwoven handwritten text and art, John Hendrix tells the true story of Dietrich Bonhoeffer, a pastor who makes the ultimate sacrifice in order to help free the German people from oppression during World War II.

John Hendrix is a New York Times bestselling author and illustrator. His books include The Faithful Spy: Dietrich Bonhoeffer and the Plot to Kill Hitler, named a Best Book of 2018 by NPR, and Drawing Is Magic: Discovering Yourself in a Sketchbook. His award-winning illustrations have appeared on book jackets and in newspapers and magazines. He is chair of the MFA Illustration and Visual Culture program in the Sam Fox School of Design & Visual Arts at Washington University in St. Louis. Hendrix lives in Webster Groves, Missouri.