The Last Painting of Sara de Vos: A Novel (CD-Audio) 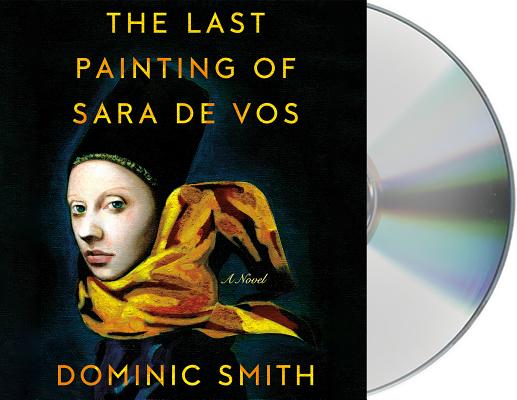 By Dominic Smith, Edoardo Ballerini (Read by)
$39.99
It's Complicated--Contact Us for More Information

This is what we long for: the profound pleasure of being swept into vivid new worlds, worlds peopled by characters so intriguing and real that we can't shake them, even long after the reading's done. In his earlier, award-winning novels, Dominic Smith demonstrated a gift for coaxing the past to life. Now, in The Last Painting of Sara de Vos, he deftly bridges the historical and the contemporary, tracking a collision course between a rare landscape by a female Dutch painter of the golden age, an inheritor of the work in 1950s Manhattan, and a celebrated art historian who painted a forgery of it in her youth.

In 1631, Sara de Vos is admitted as a master painter to the Guild of St. Luke's in Holland, the first woman to be so recognized. Three hundred years later, only one work attributed to de Vos is known to remain--a haunting winter scene, At the Edge of a Wood, which hangs over the bed of a wealthy descendant of the original owner. An Australian grad student, Ellie Shipley, struggling to stay afloat in New York, agrees to paint a forgery of the landscape, a decision that will haunt her. Because now, half a century later, she's curating an exhibit of female Dutch painters, and both versions threaten to arrive. As the three threads intersect, The Last Painting of Sara de Vos mesmerizes while it grapples with the demands of the artistic life, showing how the deceits of the past can forge the present.

This program includes a Reading Group Guide read by the author.

Dominic Smith grew up in Australia and now lives in Seattle, WA. He's the author of the novels: The Last Painting of Sara de Vos, Bright and Distant Shores, The Beautiful Miscellaneous, and The Mercury Visions of Louis Daguerre. His short fiction has been nominated for a Pushcart Prize and has appeared widely, including in The Atlantic, Texas Monthly, and the Chicago Tribune's Printers Row Journal. He has been a recipient of a Literature Grant from the Australia Council for the Arts, a Dobie Paisano Fellowship, and a Michener Fellowship.

Edoardo Ballerini is an American writer, director, film producer and actor.  He has won many awards for his audiobook narration; within only a few years after beginning his narrating career, he won several AudioFile Earphones Awards for his work, including Stephen Greenblatt’s The Swerve: How The World Became Modern, Jodi Picoult’s The Storyteller and Jess Walter’s Beautiful Ruins.   He narrated Kenzaburo Oe’s Nobel Prize Winning Nip the Buds, Shoot the Kids, Joseph Finder’s The Moscow Club as well as works by John Edward and Daniel Stashower.   In television and film, he is best known for his role in The Sopranos, 24, I Shot Andy Warhol, Dinner Rush and Romeo Must Die. The silky-voiced Ballerini is trained in theater and continues to do much work on stage.

"Smith uses a rare painting by a fictitious seventeenth-century female Dutch painter to create a story that covers three centuries, three continents, and three lives. Like a master painter building the layers that transform canvas into art, narrator Edoardo Ballerini uses language to build a story that is rich and multilayered. His narration is clear and concise, with a steady tempo and inflection." -AudioFile Magazine

"Edoardo Ballerini's reading will make it hard to pause when you leave your car. So if you haven't a road trip planned, listen to it at home." NJ.com

"Ballerini does soulful better than any other audiobook narrator around, and that’s exactly what’s called for with this complex novel. " Slate