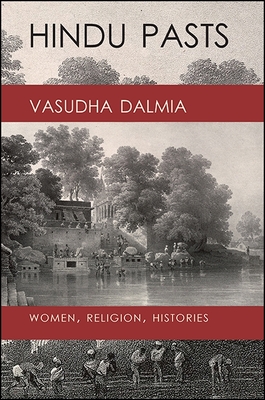 By Vasudha Dalmia
Not Available
Email online@portersquarebooks.com to Check Availability

In her introduction to Hindu Pasts--which showcases her work as a scholar of social, literary, and religious history--Vasudha Dalmia outlines the central ideas which thread her writings: first, to understand in greater historical depth the relationship between body language, religion, and society in India, as well as the ever-changing role of its religious and social institutions; second, to recognize that the Hindu tradition, which colonials and nationalists tend to see as monolithic, is in fact a multiplicity of distinct and semi-autonomous strands.

Vasudha Dalmia is Emerita Professor of Hindi and Modern South Asian Studies at the University of California, Berkeley. She has written, edited, and translated many books, including The Nationalization of Hindu Traditions: Bhāratendu Hariśchandra and Nineteenth-Century Banaras; Poetics, Plays, and Performances: The Politics of Modern Indian Theatre; and Fiction as History: The Novel and the City in Modern North India.