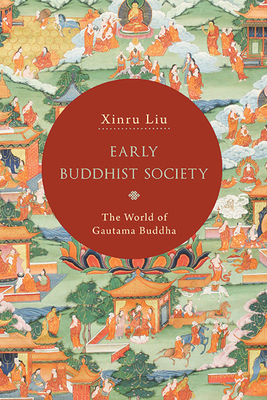 What might daily life have been like in India in the time of the Buddha? Who were some of the rulers, monks, philosophers, devotees, and doctors with whom the Buddha would have interacted and had discussions? What was involved in spreading the message of Buddhism and setting up the Buddhist sangha (order)? What were the schisms and factions, and what was the nature of opposition to Buddhism from Brahmin hegemony?

A great deal is known about Buddhist tenets and doctrine, but very little exists on the lived context of the Buddha himself. Early Buddhist texts in Pali reveal a society in ways that other texts relating to Buddhism, as well as the Brahmanical literature, do not. Xinru Liu reads this literature, along with the earliest Buddhist artworks on stupas, to argue that the historical Buddha does not really exist in the imagination of most people, including Buddhists. In this book, she sets out to plug this gap in our understanding of Buddhism, illuminating and eliminating many misconceptions along the way. Gender, religion, and caste in early India come alive in this richly scholarly yet accessible and imaginative account of society in the time of the Buddha. This is a book for students, teachers, and everyone interested in the living universe of India 2500 years ago.

Xinru Liu is Professor Emeritus of History at the College of New Jersey. Her previous books include The Silk Road in World History and Ancient India and Ancient China: Trade and Religious Exchanges, A.D. 1-600.