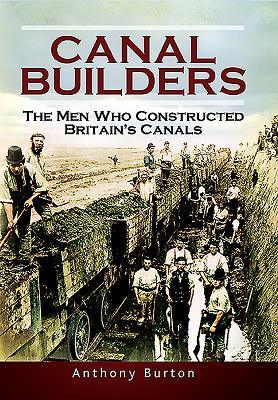 By Anthony Burton, Arnold Kriegstein, Henry Kriegstein
$39.95
It's Complicated--Contact Us for More Information

Canal Builders is a classic history book for anyone interested in the development of Britain's canal system. The book, which was first published in the 1970s, is now republished here in a new fifth edition. It takes the reader from the middle of the eighteenth century, to the start of the railway age in the early nineteenth century. Anthony Burton has revised and improved the original text, using new material that he has found in archives since it was first published, and has added many extra illustrations. This is the remarkable story of the many groups of people who were responsible for building Britain's canal system. There were industrialists such as Josiah Wedgwood, who promoted canals to help his own industry, and speculators, financed the projects in the hope of a good return. The work was planned by engineers, some of whom, such as James Brindley and Thomas Telford, have become famous, while others have remained virtually unknown but still did magnificent work. This is also the story of the great, anonymous army of men who actually did the work the navies. This was the first book ever to study the lives of these laborers in detail. Altogether it is an epic story of how the transport route that made the industrial revolution possible was built.'Well planned and well written There is no better introduction to the early canal age.' The Economist.