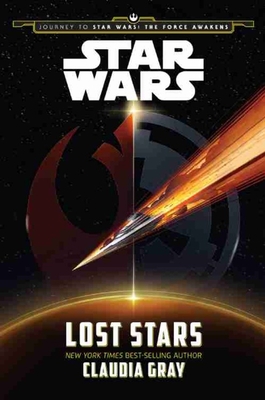 A love story between a rebel and an Imperial officer, both of whom have their beliefs and loyalties tested time and time again. This book is chock full of complicated characters wrestling with moral ambiguity. A fascinating look at life for normal people living in the Star Wars universe.

From Claudia Gray, New York Times best-selling author! This thrilling Young Adult novel gives readers a macro view of some of the most important events in the Star Wars universe, from the rise of the Rebellion to the fall of the Empire.
Readers will experience these major moments through the eyes of two childhood friends--Ciena Ree and Thane Kyrell--who have grown up to become an Imperial officer and a Rebel pilot. Now on opposite sides of the war, will these two star-crossed lovers reunite, or will duty tear them--and the galaxy--apart? Star Wars: Lost Stars also includes all-new post-Star Wars: Return of the Jedi content, as well as hints and clues about Star Wars: The Force Awakens, making this a must-read for all Star Wars fans.

Claudia Gray is the New York Times best-selling writer of numerous novels for young adults, including the science-fiction Firebird trilogy, beginning with A Thousand Pieces of You, and the paranormal Evernight series. She has been a Star Wars fan since she turned seven, and she now insists that transforming her childhood closet into an X-wing simulator was vital career preparation.