Tom Brady: A Celebration of Greatness on the Gridiron (Hardcover) 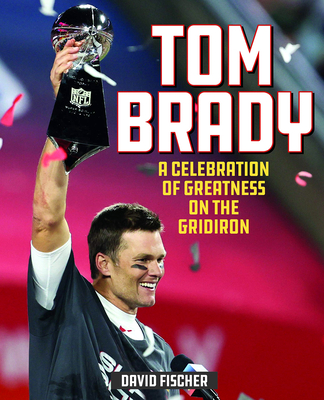 Selected by the New England Patriots as the 199th overall pick in the sixth round of the 2000 NFL draft, Tom Brady is arguably the greatest quarterback in pro football history. He has seven Super Bowl rings, five Super Bowl MVP awards, and has won NFL MVP honors three times. He is one of only two starting quarterbacks to have won Super Bowls with two different teams and is the first NFL player to win titles in three different decades. Having completed his 21st NFL season, Brady holds more than 50 NFL records and is one of the longest-tenured players in league history. After leading the Patriots through two decades of dominance, Brady cemented his GOAT status by taking the Buccaneers to a title in his first season in Tampa. This fully illustrated book celebrates Brady's career with passionate and vivid prose, supreme photographic images, and call-out quotes. In addition, dozens of personal anecdotes and recollections about Brady from prominent members of the NFL community enhance this nostalgic experience.

David Fischer has written more than two dozen books on sports, including The Super Bowl: The First Fifty Years of America's Greatest Game; Derek Jeter #2: Thanks for the Memories; The New York Yankees of the 1950s: Mantle, Stengel, Berra, and a Decade of Dominance; and Big Papi: David Ortiz, Thanks for the Memories.