The Widow of Wall Street: A Novel (Paperback) 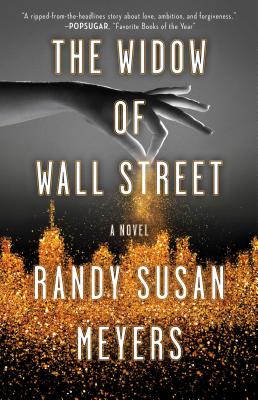 By Randy Susan Meyers
$16.00
It's Complicated--Contact Us for More Information

The seemingly blind love of a wife for her husband as he conquers Wall Street, and her extraordinary, perhaps foolish, loyalty during his precipitous fall, is expertly explored in this “ripped-from-the-headlines story about love, ambition, and forgiveness” (PopSugar)—perfect for fans of the TV show Billions.

Phoebe recognizes fire in Jake Pierce’s belly from the moment they meet as teenagers. After they marry and he creates a financial dynasty, she trusts him without hesitation—unaware his hunger for success hides a dark talent for deception.

But when Phoebe learns her husband’s triumph and vast reach rests on an elaborate Ponzi scheme, her world unravels. While Jake is trapped in the web of his deceit, Phoebe is caught facing an unbearable choice. Her children refuse to see her if she remains at their father’s side, but abandoning him feels cruel and impossible.

From penthouse to prison, with tragic consequences rippling well beyond Wall Street, Randy Susan Meyers’s latest novel exposes a woman struggling to survive and then redefine her life as her world crumbles. “An engrossing emotional journey” (Kirkus Reviews) and USA TODAY bestselling author Diane Chamberlain raves, “With all the suspense of a thriller, The Widow of Wall Street quickly pulled me into the story and didn’t let me go until the last page.”

Randy Susan Meyers is the internationally bestselling author of five novels, including Waisted, The Widow of Wall Street, Accidents of Marriage, The Comfort of Lies, and The Murderer’s Daughters. Her books have been designated one of the ten best works of fiction in 2010, 2014, and 2017 by the Massachusetts Center for the Book, an affiliate of the Library of Congress. She lives in Boston with her husband, where she teaches writing at the GrubStreet writing center. Her novels have been translated into more than twenty-six languages.

Praise for The Widow of Wall Street

“As this compelling story unfolds, you realize nothing is as uncomplicated as it seems, especially when you've been married almost 50 years and you take so seriously your marital vows because you felt both gratitude and debt when you uttered those words.”
— The Associated Press

“[A]n engaging and sharp reflection of the rapid changes in marital dynamics over the course of the 20th century, as well as a cautionary tale about the dangers and allure of ambition in the heyday of Wall Street.”
— Publishers Weekly

“Full of deceit, scandal, and guilt, her novel expertly explores how rising to the top only to hit rock bottom affects a family. The consequence will leave readers reeling.”
— Library Journal

"A ripped-from-the-headlines story about love, ambition, and forgiveness."
— PopSugar (Top Books of 2017)

“A provocative tale of loyalty and morality, this novel will introduce you to the scandalous side of New York.”
— Buzzfeed

“When Phoebe and Jake Pierce meet as teenagers, she knows he’s someone on the way up, and she wants to be there as he climbs the Wall Street ladder. He gets everything he ever wanted. When it turns out that Jake’s success rests on a huge Ponzi scheme, Phoebe has to make an excruciating choice.”

“Randy Susan Meyers borrowed a real-life story for the building blocks of her fourth novel, “The Widow of Wall Street,” which chronicles a couple’s marriage as they amass great wealth and then lose it all when the husband is revealed to have committed financial fraud. Heartbreaking.”
— The Boston Globe

“Compelling. This is a great read . . . An engrossing emotional journey.”

“Phoebe falls for Jake Pierce hard when they’re still just teenagers: She seems to know even before he does that he’ll go on to conquer a financial empire and rule the Wall Street scene. But the dirty secret behind Jake’s success will eventually become the downfall of this couples’ glittering life together think of The Widow of Wall Street as The Wolf of Wall Street — except told from the side of the wife, more scintillating, and a testament to the power of a woman’s ability to survive it all — it’s a must-read that will dazzle and repel you, in equal measure."
— Refinery 29

“I dare you not to read Randy Susan Meyers’ The Widow of Wall Street in one big gulp. A fascinating page turner that somehow manages both to indict and absolve.”
— Melanie Benjamin, New York Times Bestselling author of The Swans of Fifth Avenue.

“Randy Susan Meyers made me feel, on a visceral level, the giddiness of Phoebe and Jake’s rise to power and the mounting panic as their lives and marriage began to crumble. Brilliantly executed and beautifully written.”
— Diane Chamberlain, USA Today bestselling author of Pretending to Dance

"A riveting and engrossing read that I finished in one greedy gulp.”
— Alyson Richman, bestselling author of The Lost Wife

Praise for Accidents of Marriage

"This novel's unsparing look at emotional abuse and its devastating consequences gives it gravity and bite, while a glimpse into a physically damaged mind both surprises and fascinates."
— People

"Unputdownable and unforgettable . . . It’s one of the most memorable stories about a marriage I’ve ever read."
— Liane Moriarty

Praise for The Comfort of Lies

"This meaningful novel is, at its heart, a multi-faceted love story. It's about how people do the wrong things for the right reasons and vice versa. This is the story of the ways that families-- bonded by blood and by choice-- can save or slay us. With a vision that is generous, yet unsentimental, The Comfort Of Lies is a testimony to the healing power of the truth."
— Tayari Jones, author of 'Oprah Book Club Pick' An American Marriage

"Meyers’ women resonate as strong, complicated and conflicted, and the writing flows effortlessly in this sweet yet sassy novel about love, women and motherhood."
— Kirkus Reviews

"Meyers has crafted an absorbing and layered drama that explores the complexities of infidelity, forgiveness, and family.”
— Booklist

“Sharp and biting, and sometimes wickedly funny when the author skewers Boston’s class and neighborhood dividing lines, but it has a lot of heart, too. Meyers writes beautifully about a formerly good marriage ­— the simple joys of stability, the pleasures of veteran intimacy ­— and deftly dissects just how ugly things can get after infidelity.”
— The Boston Globe

Praise for The Murderer's Daughters

“From the very first page and straight on until the last, the clear and distinctive voice of Randy Susan Meyers’s will have you enraptured and wanting more--even though self- preservation may curl you into a ball to shield yourself from the painful circumstances of the two sisters. This is a heart- breaking and powerful novel.”
— Massachusetts Center for The Book, ‘Must Read Book’

“All too believable and heartbreaking.”
— Los Angeles Times

“Dives fearlessly into a tense and emotional story of two sisters anchored to one irreversible act of domestic violence."
— The Miami Herald