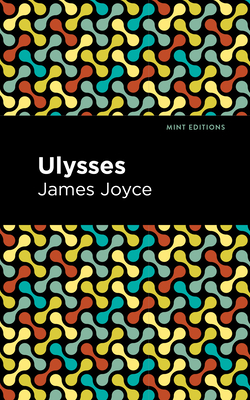 I hold this book to be the most important expression which the present age has found; it is a book to which we are all indebted, and from which none of us can escape. T.S. Eliot

Ulysses depicts a day in Leopold Bloom's life, broken into episodes analogous to Homer's Odyssey and related in rich, varied styles. Joyce's novel is celebrated for its depth of learning, earthy humor, literary allusions and piercing insight into the human heart.

First published in Paris in 1922 Ulysses was not published in the United States until 1934. Immediately recognized as an extraordinary work that both echoed the history of English literature and took it in new, unheralded directions, Joyce's book was controversial. Its widespread release was initially slowed by censors nitpicking a few passages. The novel is challenging, in that it is an uncommon reader who will perceive all that Joyce has put into his pages upon first reading, but it is uniquely rewarding for anyone willing to follow where the author leads. Far more than a learned exercise in literary skill, Ulysses displays a sense of humor that ranges from delicate to roguish as well as sequences of striking beauty and emotion. Chief among the latter must be the novel's climactic stream of consciousness step into the mind of the protagonist's wife, Molly Bloom, whose open-hearted acceptance of life and love is among the most memorable and moving passages in English literature.

With an eye-catching new cover, and professionally typeset manuscript, this edition of Ulysses is both modern and readable.