Inside the Dream Palace: The Life and Times of New York's Legendary Chelsea Hotel (MP3 CD) 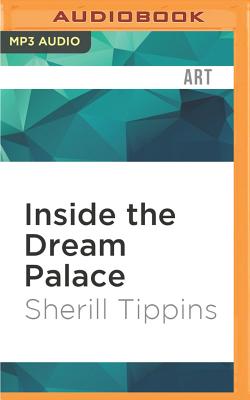 By Sherill Tippins, Carol Monda (Read by)
$9.99
It's Complicated--Contact Us for More Information

The next best thing to having a room key to the Chelsea Hotel during each of its famous--and infamous--decades The Chelsea Hotel, since its founding by a visionary French architect in 1884, has been an icon of American invention: a cultural dynamo and haven for the counterculture, all in one astonishing building. Sherill Tippins, author of the acclaimed February House, delivers a masterful and endlessly entertaining history of the Chelsea and of the successive generations of artists who have cohabited and created there, among them John Sloan, Edgar Lee Masters, Thomas Wolfe, Dylan Thomas, Arthur Miller, Allen Ginsberg, Bob Dylan, Janis Joplin, Leonard Cohen, Patti Smith, Robert Mapplethorpe, Andy Warhol, Sam Shepard, Sid Vicious, and Dee Dee Ramone. Now as legendary as the artists it has housed and the countless creative collaborations it has sparked, the Chelsea has always stood as a mystery as well: Why and how did this hotel become the largest and longest-lived artists' community in the known world? Inside the Dream Palace is the intimate and definitive story.

Today the Chelsea stands poised in limbo between two futures: Will this symbol of New York's artistic invention be converted to a profit-driven business catering to the top one percent? Or will the Chelsea be given a rebirth through painstaking effort by the community that loves it? Set against these two competing possibilities, Inside the Dream Palace could not be more fascinating or timely.