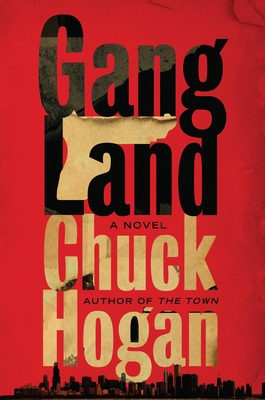 From the acclaimed author of The Town, a "masterly" epic thriller about the secret right‑hand man of one of the most infamous unprosecuted mob bosses in American history (New York Times Book Review).


In the late 1970s, The Outfit has the entire city of Chicago in its hands. Tony Accardo is its fearless leader. Nicky Passero is his loyal soldier, though no one knows he has a direct line in to the boss of bosses. When the Christmas gift Accardo got for his wife, an inscribed bracelet with gold and diamond inlay, is stolen along with other items in a jewelry heist, Nicky is charged with tracking down and returning all of the items—by whatever means necessary.

Forced into an impossible situation, Nicky must find a way to carry out Accardo's increasingly unhinged instructions and survive the battle for control of Chicago. What Accardo doesn't know: Nicky has a secret which has made his life impossible and has put him in the pocket of the FBI.

Based on the true story of Tony Accardo, the longest‑reigning mob capo in history, Gangland is a Shakespearean-esque drama of integrity, lost honor, and revenge. Gritty and action‑packed, it is the ultimate gangster tale and Chuck Hogan's most thrilling novel yet.

Chuck Hogan is the author of several acclaimed New York Times bestsellers, including The Town, which was awarded the Hammett Prize "for literary excellence in the field of crime writing" and was adapted into the hit feature film.

"Hogan creates a masterly portrait of men in turmoil, of allegiances forged and broken, and of loyalty tested... GANGLAND is also, like the best mob books and movies, an exploration of masculinity at its most toxic and pernicious."—New York Times Book Review

PRAISE FOR THE TOWN

"As knowledgeable as James Ellroy, as sharp as Elmore Leonard, and as profound as fellow Boston scribe Dennis Lehane."—Fort Worth Star-Telegram