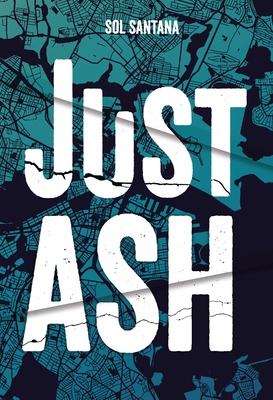 Ashley Ash Bishop has always known who he is: a guy who loves soccer, has a crush on his friend Michelle, and is fascinated by the gruesome history of his hometown--Salem, Massachusetts. He's also always known that he's intersex, born with both male and female genitalia. But it's never felt like a big deal until his junior year of high school, when Ash gets his first period in front of the entire boys' soccer team. Now his friends and teachers see him differently, and his own mother thinks he should try being a girl.

As tensions mount with his parents and Ash feels more and more like an outcast, he can't help feeling a deeper kinship with his ancestor Bridget Bishop, who was executed for witchcraft. She didn't conform to her community's expectations either; she was different, and her neighbors felt threatened by her. And she paid the ultimate price. Ash is haunted by her last recorded words: You will keep silent.

Ash realizes that he needs to find a way to stand up for who he really is, or the cost of his silence might destroy his life, too.

There are few books and even fewer authors who have endeavored to give readers a real glimpse into the life of an intersex teen, which is just one reason Santana's debut is so unique. . . . Santana--who is intersex herself--has written a smart and deeply introspective main character with whom readers will easily sympathize.--starred, Booklist

A page-turning, harrowing, but ultimately empowering tour-de-force...a must read for all humans.--I. W. Gregorio, author of None of the Above and This is My Brain in Love