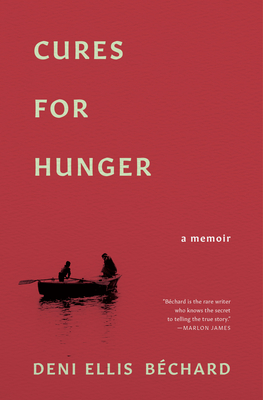 “Bechard tells the story of his extraordinary upbringing in British Columbia, where he was strongly influenced by a father who enjoyed cheating death by doing everything from racing trains at railroad crossings to fighting anyone who crossed him. The even wilder deeds of his father's past could not be kept secret, and as they were slowly revealed, this loving and bizarre dad shaped the life of his son. Bechard has done a masterful job of taking all that life has dealt him and accepting and analyzing it in a fascinating piece of literature. I found myself alternating between cringing and laughing at each page.”
— Peter Schertz, Maria's Bookshop, Durango, CO

Growing up in rural British Columbia, Deni Ellis B chard believes his charismatic father is infallible. Wild, unpredictable, even dangerous, Andr is worshipped by his young son, who believes that his father can do no wrong.

But when Deni's mother leaves his father and decamps with her three children to Virginia, the boy learns of his father's true identity. Andr B chard was once a bank robber--and so Deni's imagination is set on fire. Boyish rebelliousness gives way to fantasies of a life of crime. At once attracted and repelled, Deni can't escape the sense that his father's life holds the key to understanding himself, and to making sense of his own passions and longings. Only when he goes off to college, however, does Deni begin to unravel the story of his father's life, eventually finding the Quebecois family that Andr left behind long ago.

At once a highly unconventional portrait of the artist as a young man and an extraordinary family story, Cures for Hunger is a deeply affecting memoir by one of the most acclaimed young writers in the world today.