Seeking the Cave: A Pilgrimage to Cold Mountain (Hardcover) 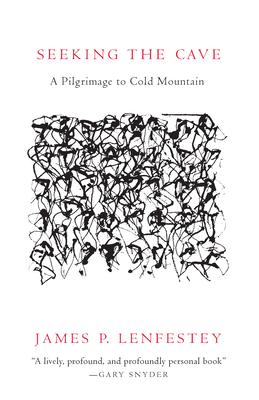 By James P. Lenfestey
Not Available
Available to Order from Supplier: Arrives at Store in a Week(ish)

Thirty years after first encountering the poems of Han-shan, better known here as Cold Mountain, James Lenfestey makes a pilgrimage of sorts to the reputed hillside cave in China where Han-Shan lived as a hermit centuries ago. With Bill Porter (aka Red Pine) as his guide he visits along the way shrines of other important poets and Buddhist temples all the while documenting his journey in both prose and verse.Dale

— From Seeking the Cave

Born and raised with the kind of expectations that often accompany privilege, Jim Lenfestey approached his thirtieth birthday in a state of acute anxiety. A young family and a demanding work life on one hand, and a burgeoning love for poetry on the other.

When an independent bookseller discerns Lenfestey's difficulties, and prescribes for a remedy the poems of a Chinese hermit named Han Shan, Lenfestey's life is changed forever. After "swallowing the poems like aspirin" for the next thirty years, a spirited embrace of this ancient poet called Cold Mountain--the poet he has come to see as a guiding light in his life--prompts Lenfestey to travel to China on a pilgrim's search for his cave. Along the way, this quest takes our author first to Tokyo, where he visits with the foremost translator and scholar of eastern poetry, Burton Watson, and from there across China, from the enormous chanting hall of ten thousand Buddhas in Bailin Temple to the birthplace of Confucius.

A singular combination of travel writing, memoir, translation, and poetry, Seeking the Cave is both deeply personal and universally illuminating. "Uniting our brief literary life with the ancient richness of Chinese culture" (Robert Bly), this extraordinary book evokes the transformative power of poetry, and the way it breathes meaning into our lives.

An award-winning academic, advertising executive, and journalist, James Lenfestey has published four poetry collections and a book of personal essays. The chair of the Literary Witnesses poetry series, he lives in Minneapolis.