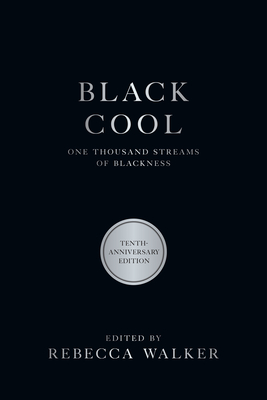 Originally published in 2012, this collection of illuminating essays exploring the ineffable and protean aesthetics of Black Cool has been widely cited for its contribution to much of the contemporary discussion of the influence of Black Cool on culture, politics, and power around the world.

Curated by Rebecca Walker, and drawing on her lifelong study of the African roots of Black Cool and its expression within the African diaspora, this collection identifies ancestral elements often excluded from colloquial understandings of Black Cool: cultivated reserve, coded resistance, intentional audacity, transcendent intellectual and spiritual rigor, intentionally disruptive eccentricity, and more.

With essays by some of America’s most innovative Black thinkers, including visual artist Hank Willis Thomas, writer and filmmaker dream hampton, MacArthur-winning photographer Dawoud Bey, fashion legend Michaela angela Davis, and critical theorist and cultural icon bell hooks, Black Cool offers an excavation of the African roots of Cool and its hitherto undefined legacy in American culture and beyond.

This edition includes a new introduction from Rebecca Walker, a powerful meditation on the genesis, creation, completion, and subsequent impact of this landmark volume over the last decade.

Rebecca Walker has contributed to the global conversation about race, gender, power, and the evolution of the human family for three decades. Since graduating from Yale, she has authored and edited seven bestselling books on subjects ranging from intergenerational feminism and multiracial identity to Black Cool and ambivalent motherhood, and written dozens of articles on topics as varied as Barack Obama’s masculinity, the work of visual artist Ana Mendieta, and the changing configuration of the American family.

Walker has won many awards, including the Women Who Could Be President Award from the League of Women Voters, was named by Time magazine as one of the most influential leaders of her generation, and continues to teach her masterclass, "The Art of Memoir," at gorgeous and inspiring places around the world.

"Rebecca Walker’s slim anthology gives itself a formidable task: pinning down the elusive definitions of 'Black Cool,' an aesthetic and a philosophy that echoes across the African diaspora . . . The book’s tone shifts as fluidly as its focus does, and many of the writers lace their cultural diagnoses with personal anecdotes and vice versa. Originally released in 2012, the 10th-anniversary reissue provides not just scrutiny into the titular phenomenon but also a kind of time capsule from the recent past." —Nicole Acheampong, The Atlantic