The Book of Revelation (Hardcover) 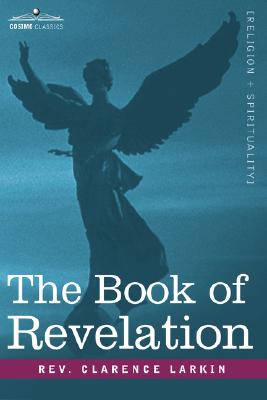 The Reverend Clarence Larkin was one of the most widely influential thinkers on end-times prophecies of the early twentieth century, and his writings remain vital to appreciating the apocalyptic Christian thought that today enjoys widespread popularity. This 1919 book serves as a study guide for the Book of Revelation, the Bible's prophetic final chapter. Larkin explains the concepts of the Beast and the False Prophet, the Seven Seals and the Seven Trumpets, and the importance of the Book of Daniel in understanding the Rapture. Charts and illustrations depict the "Pale Horse Rider," "Daniel's Four Wild Beasts," "Egyptian Plagues Compared," and more. Also available from Cosimo Classics: Larkin's The Spirit World, Rightly Dividing the Word, and The Second Coming of Christ. American Baptist pastor and author CLARENCE LARKIN (1850-1924) was born in Pennsylvania, and later set up his ministry there. He wrote extensively and popularly on a wide range of Biblical and theological matters.